What I use to find Obituaries 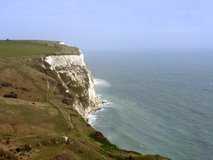 The southeast region of England is located near London, and large parts of the region hug the English Channel. This area is predominantly flat with isolated hills. Many towns that are located in the southeast region are port towns that focus their industries on trade. Many members of communities like John's worked in one of these port towns in an occupation related to trade.


Cromwell at Dunbar
John was born during the English Civil War (1642–1651). This war was a series of armed conflicts and political machinations between Parliamentarians ("Roundheads") and Royalists ("Cavaliers") in the Kingdom of England over, principally, the manner of its government. The first (1642–46) and second (1648–49) wars pitted the supporters of King Charles I against the supporters of the Long Parliament, while the third (1649–51) saw fighting between supporters of King Charles II and supporters of the Rump Parliament. The war ended with the Parliamentarian victory at the Battle of Worcester on 3 September 1651. The overall outcome of the war was threefold: the trial and execution of Charles I; the exile of his son, Charles II; and the replacement of English monarchy with, at first, the Commonwealth of England (1649–53) and then the Protectorate (1653–59) under Oliver Cromwell's personal rule. The monopoly of the Church of England on Christian worship in England ended with the victors consolidating the established Protestant Ascendancy in Ireland. Constitutionally, the wars established the precedent that an English monarch cannot govern without Parliament's consent, although this concept was legally established only as part of the 1660 Reformation of King Charles II and the Glorious Revolution in 1688. The aftermath of the conflicts were devastating to England, Scotland and Ireland in terms of the death of it's people and the destruction of crops and infrastructure. In England an estimate of 190,000 dead is achieved, out of a total population of about five million. In Scotland an estimate of 60,000 people is achieved, from a population of about one million. And in Ireland an estimated total of 616,000 dead, from a pre-war population of about one and a half million or 41% of it's population died. Many of these deaths were from disease and starvation. Thousands of orphan children were sent to the colonies as indentured servants as a result of the war, this may be what happened to John. *Source: http://en.wikipedia.org/wiki/English_Civil_War

Religion
During John's life, religious and political affiliations were nearly one and the same, as England was caught in a power struggle between Catholic and Protestant values and leadership. For much of the 1600s, all British subjects, including John and his family, were forced to belong to the Church of England. With the Puritans, Quakers, and Baptists also gaining new followers, Parliament sought new ways to establish the dominance of Anglicanism while still fighting the old Catholic establishment. These efforts eventually culminated in the dramatic deposition of King James II in the Glorious Revolution, and the establishment of the English Bill of Rights--which made it so that no Catholic could become King or Queen of England.

Commonwealth Ends, 1660
After the execution of King Charles I, the rise of Puritan ideals in England drove the country to abandon the monarchy and instead institute a new government called the Commonwealth of England. Under the new Commonwealth, John was forced to obey restrictive laws passed by the new Parliament that governed his moral behavior. These legislative acts forced closure of theaters and required strict observance of the Sabbath day (Sunday). The laws angered many people in John's community and caused divisions within the government. Oliver Cromwell's successor as the leader of the Commonwealth was unable to rule due to a lack of support, ultimately leading to the end of the Commonwealth of England and the return of the monarchy. King Charles II was reinstated as King in 1660 when John was 13 years old. 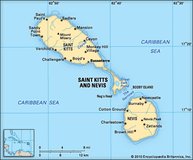 The records indicate that John left Dover, England on September 16, 1661, sailing on the Nevis Merchant, a ship heading for Nevis Island of the Leeward Group in the Caribbean. The Nevis Merchant was owned by the Hardwick Family. John worked on Nevis Island for about eight years as an indentured servant to Joseph Hardwick. *Source: A Comprehensive Listing Compiled from English Public Records of Those Who Took Ship to the Americas for Political, Religious, and Economic Reasons; of Those Who Were Deported for Vagrancy, Roguery, or Non-Conformity; and of Those Who Were Sold to Labour in the New Colonies, 1661-1699. Baltimore: Genealogical Publishing Co.  1990. 894p. 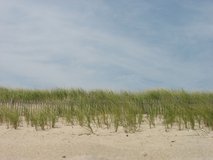 During the 1600s, many immigrants from England relocated to Delaware in search of religious freedom. Delaware is small and swampy with sandy beaches, and is bordered by the Atlantic Ocean to the east. Its proximity to the water facilitated trade, shipbuilding, and fishing during this time. With only around 1,000 settlers living in Delaware during the 1600s, John's community consisted mostly of merchants, farmers, and fishermen.
Marries Prudence Wainwright, 1680 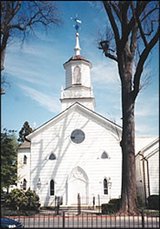 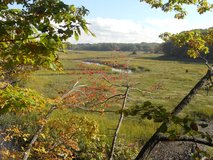 During the 1600s, many immigrants from England came to New Jersey in search of religious freedom. New Jersey is a small state with swamps and sandy beaches making up its terrain. To the east is the Atlantic Ocean, which facilitated trade, shipbuilding, and fishing during this time. Only around 3,000 settlers lived in New Jersey during the 1600s; John would have lived and worked with fishermen, merchants, and farmers.
Livestock Eare Mark, 1681 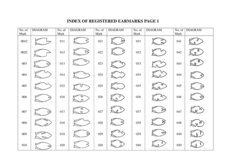 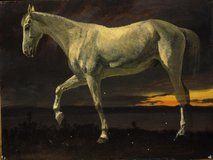 During John's life, slow and expensive transportation plagued early America and hindered the movement of goods and people around the country. While some fortunate Americans rode buggies, the main modes of transportation were by horse or foot. During this time, walking from New York to Boston took three to five days. For the most part, only government officials and merchants endured the difficulties of travel, especially with the risks of poor weather and personal injury but, if necessary, men and women alike journeyed extraordinary distances for supplies or to visit family and friends.
2nd Son William born, 1686
In 1686, John's son, William, was born when John was 39 years old. The family was living in Upper Freehold Township, Monmouth, Colony of New Jersey, British Colonial America at the time.
Communication
During John's lifetime, books were hard to come by. Doctors and universities owned small private collections of books, but they were not available to members of the general public. Since newspapers were not common in the 1600s, John and his neighbors only received news by word of mouth. John's wealthiest friends were the ones who had the most access to new information and current events.Long distance communication was especially difficult for people that lived outside of New York, Boston, and Philadelphia, since postal services were mostly available only in those cities. Many of John's neighbors relied on friends or traveling merchants to send messages across the colonies.
3rd child Thomas Liming
In 1689, Thomas Liming was born to John and Prudence. The family was living in Upper Freehold Township, Monmouth, Colony of New Jersey, British Colonial America at the time.
Politics
The 17th century delivered a unique experience to John and his fellow colonists starting new lives in the American Colonies. Even though the British Crown still ruled the the colonies, the heads of local religions controlled regional governments. Lawsuits occurred frequently and many religious colonists participated in the courts. In England, aristocrats dominated politics whereas in the Colonies, white men of varied socioeconomic backgrounds governed. Most free, white landowners around John voted, but women did not have the right.
Edit
Feedback
2nd Eare Mark, 1689
"It was mutually agreed between Obadiah Holmes the younger and John Lemon that the marke formerly recorded for Jonathon Holmes the Elder Should Stand his sons Obidiahs that John Lemons marke is now as followeth: A crop one the right Eare and a square cut"

Source: The old Middletown town book, 1667 to 1700; The records of Quaker marriages at Shrewsbury, 1667 to 1731; The burying grounds of old Monmouth by Stillwell, John E. (John Edwin), 1853-1930; Middletown (N.J.) Published 1906. https://archive.org/stream/cu31924028855217#page/n44/mode/1up
Commerce
Many people around John practiced subsistence farming due to the geography of the colonies. There were also a variety of other jobs available, such as lumberjacks, blacksmiths, and shoemakers, so it was common for many of John's friends and neighbors to trade or barter for food in exchange for goods and services from craftsmen.Pounds, shillings, and pence were the common currency that John and his neighbors used since the colonies were still under control of the British empire. Colonists used some paper money as well, but it was illegal for people in America to print money. In response, many colonists like John relied on the bartering system.Taxes were commonplace in the English colonies during John's lifetime. The colonies were taxed without any form of representation in Parliament, which greatly irritated those around John.
John dies, 1697
John died when he was 50 years old in Freehold Township, Monmouth, Colony of New Jersey, British Colonial America. No will is found for John or Prudence in the Early NJ Wills book. The date of when John died have been speculated for many years. But a document between Prudence and her father was found that helped narrow down the date. Her father, Thomas Wainwright II, as part of writing his will, decided to divide and gift his land to Prudence and her brother Nicholas. In the land transfer of 1697 it states that Prudence was a widow. To see the document go to Prudence's story.

Are you are descendant of John Lyming the Immigrant? Do you think you might be? If so post your direct lineage like mine is on the right.

Do you descend from John Liming? Fill out form and I will research and send you your lineage.